A suicide soldier in a dystopian future

There is always something inherently satisfying when we read a story about a dystopian future where humanity does its best to fight monsters or mysterious creatures. It sends a message to our minds that humanity can and will triumph against any kind of external threat.

This is why sci-fi manga like World Trigger, Knights of Sidonia, or the final mega hit Monster #8 are so well received by readers. And now, we get Blackguard as another addition to this exciting genre. Is it as good as its predecessors? Let’s get acquainted in this review with the first volume of Blackguard.

In a future where humanity is forced to live inside fortified cities to protect itself from ape-like creatures called shoujo who can eat human flesh, the only protectors are the special soldiers known simply as “the Rangers”. They use special suits and are armed with special guns that allow them to kill every shoujo in sight.

Unfortunately, Shojo has the ability to infect anyone who bites him with a deadly virus that will eventually turn their victims into a reckless Shojo as well. So every Ranger who ventures outside the city is incredibly vulnerable to Shojo’s attacks. So who will protect the mother-in-law? The answer is “reserved unit”. They are the elite soldiers who are stationed in every sector in support of the regular guard.

Nanao Minami is one of the best members of the reserved unit, and unlike other soldiers who wear white uniforms in order to blend in with their surroundings, Minami uses a black cloak over his regular suit, earning him the nickname “Blackguard”. However, what most people don’t know is the fact that Minami has a disease that incredibly makes him commit suicide.

Why you should read Blackguard 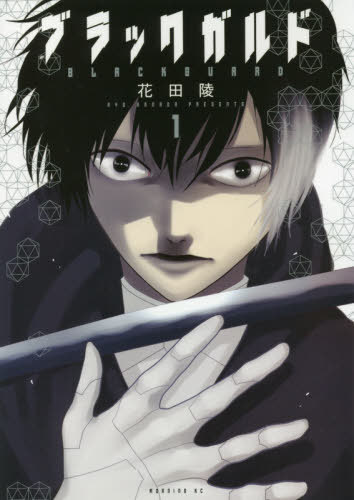 Nanao Minami, The Blackguard, has the same traits that many of the stereotypical male characters in action stories, such as Levi or Itachi, share in common. He’s strong, he’s aloof, he does his job differently than his peers, yet he always produces better results than them. After all, other than the aforementioned black cloak, Nanami also fights using a specially made black katana, while fighting his peers using high-powered rifles.

However, what makes Minami different from other characters who share the same traits as him is the fact that he suffers from a serious mental illness. In the story it was said that the name of the disease is Morbus C. This disease makes him extremely suicidal, which translates to his reckless way of fighting.

This creates a very unique dynamic to his character which is rarely found in other popular series. It makes it perfect and flawed at the same time. While more time is certainly needed to properly develop him as a character, this first volume alone is enough to make readers care about him, sympathize with him, and look forward to what will happen to him in the future.

Similar to World Trigger and Monster #8, Blackguard sets its story in an alternate future with man-eating monsters in it, yet still feels a lot like the real world. This is a neat trick that can be used to combine modernity and familiarity. This way, readers can expect to see something strange and unique, but they can still somewhat relate to the world and feel familiar with it at the same time.

In this first volume, we see that humanity lives in a fortified city hundreds of meters above the earth’s surface. We see stylish suits and guns, as well as an AI-powered room that can deliver anything from food blocks to newly constructed suits in a matter of minutes to its owner.

On the other hand, we also see Minami and his buddies from the reserved units buying fresh ingredients at a traditional market, shopping for some clothes in a brick-and-mortar store, and cooking regular food using the same cookware in our kitchen. For the first volume of a new series, this is a totally decent world build.

Why you should skip Blackguard

1. Focus more on the characters instead of the plot

As mentioned earlier, it’s nice that the story features a flawed character rather than the usual quiet, calm and strong man role. Unfortunately, this first volume spends so much time talking about Minami’s suicidal tendencies that the story doesn’t actually move anywhere at all.

Sure, there are characters who exhibit some questionable behavior that may affect the story as a whole later, but for the majority of this first volume, we’re stuck reading about how Minami deals with his illness.

Other than the main character flaw, the other notable difference between Blackguard and other manga similar to it, such as World Trigger, Knights of Sidonia, and Monster #8, is the art. All of those manga have much finer art than Blackguard. To put it mildly, Blackguard has a completely unrefined, artistic style.

Some of the more problematic components are the lack of depth, inaccuracies in perspective, and some errors in anatomical proportions as well. There are many times when characters look like 2D cardboard cutouts, rather than actual humans by mass and size. The lack of shading seems to be the main problem with this.

There are also times when characters’ heads seem too big in relation to their bodies, or limbs seem too short or too small. For this issue, the problem appears to be a combination of the above errors in perspective and anatomical proportions. You can not take it as a personal style, because there are times when these problems do not exist at all. So hopefully the illustrations will improve in subsequent volumes.

There is nothing innovative about the Blackguard premise. You’ll find other series that tell similar stories in a better way, like many of the manga mentioned above. What makes Blackguard interesting is the flawed main character and his battle against monsters and with himself.

However, even the best tool is useless if not used properly. For this reason it is clear that a proper balance is needed between action and drama. Not to mention the problems with the illustrations. It seems that volume 2 will decide whether or not this series is worth your time.

Interested in picking up Blackguard? Or maybe you read this manga? If so, feel free to share your opinion on this topic in the comments section below.

Harry is a manga addict first and a freelance writer second. While he didn’t read every manga under the sun, he did read an unhealthy amount of Shounen and Seinen manga. When he’s not writing on Anime’s Anime, you can find him on his personal blog: MangaDigest.com.