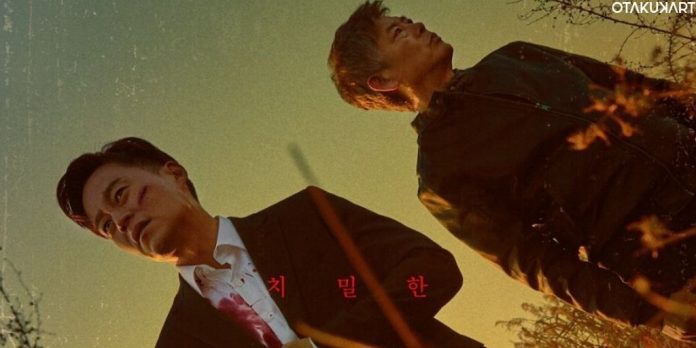 Trap might be one of the best dramas and thrillers 2019 has brought us! Trap follows the story of a mysterious incident involving a very famous broadcaster and his family. Kang Woo Hyun was living a completely perfect life right now. He had a very loving and cherished family, and since he was at the height of his popularity as a radio station announcer, you don’t have to worry about his finances either.

This was until Kang Woo Hyun was asked to enter the political realm, which to us seemed like a very dangerous move. Once, when he was going to have a typical nice dinner with his family members, they encountered an unfortunate accident.

This is where Dong Gook and Yoon Seo Young step in. They will both investigate the tragic incident that happened while Kang Woo Hyun and his family members were on vacation. Dong Gook is a really skilled detective whose high level talents are put to use in this case. He can basically sniff out clues in seconds. As for Yoon Seo Young, she is known everywhere as a well-known criminal editor. She analyzes the case from top to bottom and then uses her sharp mind to form a criminal profile. See how these three try to solve the puzzle together! If you want to know where to watch Trap and learn more about its crew, just keep reading!

Trap episodes were released on February 9 and March 3, 2019 by OCN every Saturday and Sunday night at 10:20 PM KST. This K-drama was a part of OCN’s “Dramatic Cinema” project as the broadcasting station combined elements of the movie and K-drama in the series. With this, the creators have come up with seven fun-filled and exciting episodes that will have you glued to your screen like taffy.

Unfortunately, you cannot watch K-Drama Trap on any official streaming site like Netflix and Rakuten Viki. Episodes were available on TVING but are not currently available either. We will update you as soon as there is an official and legal website to watch korean dramas! Until then, you can find out more about the talented cast of the K series!

The Korean TV series has an amazing cast that will make you want to watch Korean dramas right away! First of all, the series’ cast includes Sung Dong Gil. There must be really high chances that you’ve seen him play a character in at least one K-drama. He played Sung Dong-Il in every Reply series i.e. Reply 1998, Reply 1997, and Reply 1994, Park Sun Dok’s father, General Park Soo Gyeong in Moon lovers: scarlet heart Ryo, Ma Dae Young in legend of the blue sea Chief Justice Han Se Mang Fei Miss Hammurabi And many famous roles.

In addition, we have someone from We are all deadcast here. It was directed by one of the directors, Lee Jae Gyu we are all dead, Which was just an addition to his stellar works like Deadly Encounter, Beethoven Virus, The king has 2 hearts.

With an excellent cast as well as a director’s teamwork and leadership mixed with screenwriting skills, Trap has become a very exciting and interesting seven-episode K-drama. It’s a short fun hour that will definitely remain unforgettable!