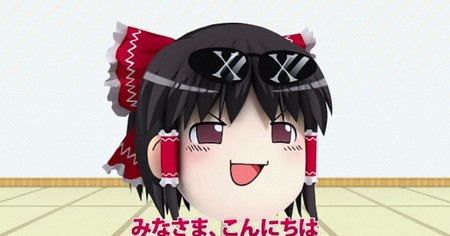 The Mainichi reported on Tuesday that early in the morning on May 16, someone sent a bomb threat to the Kai Office of Intellectual Property Law in Sakura City, Chiba Prefecture. This news followed after YouTuber Yuzuha on May 15 registered the trademark for “Yukkuri Chabangeki,” which refers to major non-embodied versions of characters from ZUN‘s Project Tohou made by fans.

Yuzuha first claimed on Twitter that fans will have to pay 100,000 yen (about $770 USD) for a licensing agreement. She later retracted that statement, but still claimed trademark rights. However, fans criticized Yuzuha because as of October 2020, Youtube Touhou Danmaku Kagura staff confirmed with ASCII art designer, illustrator, and ZUN Anyone can use “Yukkuri Chabangeki” freely.

Yuzuha sent an application for a trademark in September 2021. The law firm that received the threat applied to register a trademark on Yuzuha’s behalf. As a result, many fans contacted and emailed the law firm, forming a petition against the Yuzuha trademark. Then, someone who claimed to be involved in the matter surrounding Yuzuha sent a message to an online portal around the law firm’s area that read, “Several bombs have been placed there. They will explode at around 3pm.” The Yamaman Yukarigaoka Line and Koala Community Bus were temporarily suspended on May 16 at around 2:00 p.m. The law firm posted on its website the same day, “We regret the inconvenience caused by not knowing that the brand is loved by everyone.”

Many videos online at YoutubeAnd Niconico Video and other services use “Yukkuri Chabangeki” along with text-to-speech technology for narration.

dwango Company Senior Managing Director and Chief Operating Officer Shigetaka Kurita He revealed that he is consulting a law firm on behalf of Niconico Video, and will give the company’s official opinion by May 21.