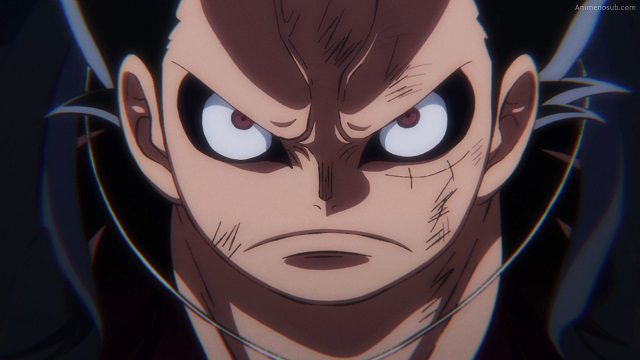 According to fans, One Piece Episode 1017 contains some of the most amazing animations in this series. Not only that, but the episode brought more excitement and anticipation among fans for the upcoming episode of One Piece, which is Episode 1018. Episode 1017 was titled “A barrage of powerful technologies! The fierce attacks of the worst generation! Directed by Kohei Kurita and Nanami Michibata and written by Akiko Inoue. Yong Ce served as the animation director for the episode.

The One Piece series debuted as a manga written and illustrated by Eiichiro Oda. Produced by Toei Animation Studio. The first chapter of the manga was released on July 22, 1997. Two years later, the first episode of the anime was released on October 20, 1999. Until now, the manga and anime are still going on. This is why One Piece is probably the best when it comes to giving fans entertainment content.

As the name of the episode suggests, the battle between the gang against Kaidou and Big Mom continues, but this time, they use more powerful attacks. Interestingly enough, both sides still had a lot of strength to fight, so no one was holding back yet. Kaidou has proven to be one of the best opponents as he is almost undefeated so far. He managed to dodge most of Luffy’s attacks. What makes the whole scene crazy is that Luffy uses the bouncing man form, and what makes it even crazier is that he’s equipped with Gumgum Kong skills. However, Kaido’s tough skin prevents him from being harmed. However, as mentioned above, there is still plenty of fighting left between them, and we can expect more great moves in One Piece Episode 1018.

While Luffy was landing with the punches of Kaido and Big Mom, Zoro was facing his own battle. Unfortunately, he was hit by Linlin’s electric storm. This happened because he couldn’t use his special sword ability. Luffy uses almost all of his remaining power to hit Kaidou as well as Big Mom with GumGum Kong Gatling. However, the battle does not stop here. Since this episode has been considered one of the best animated fight scenes, fans can’t help but be excited to see the next episode.

Also Read: SBS and Tankobon One Piece Volumes: What Are They?

About the ongoing story Arc

Each anime that contains many episodes has story arcs. Story arcs help group episodes into parts of the entire story. As One Piece is the longest running anime of its time, it is divided into several story arcs. The anime is currently in its twentieth season, and the continuing story is the Wano Country arc which is the 31st arc in the entire series. This arc started in 2019, and it starts from episode 892, and so on, Wano Country arc has more than 120 episodes so far.

This arc is perhaps the most interesting of them all as the Ninja-Pirate-Mink-Samurai alliance joins forces to take down the Beasts Pirates. This arc also reveals many things about Wano Country, the place where most of the fights take place. Not only that, but this arc also has one of the best fights as the alliance fights Kaidou and Big Mom. With the determination that Luffy has and the friends who support him, he continues to strengthen his power.

You can watch One Piece Episode 1018, as well as upcoming episodes, on online streaming platforms Funimation and Crunchyroll. New episodes of One Piece are released every Sunday at 09:30 AM (JST).

Also Read: Everything We Know About Joyboy From One Piece