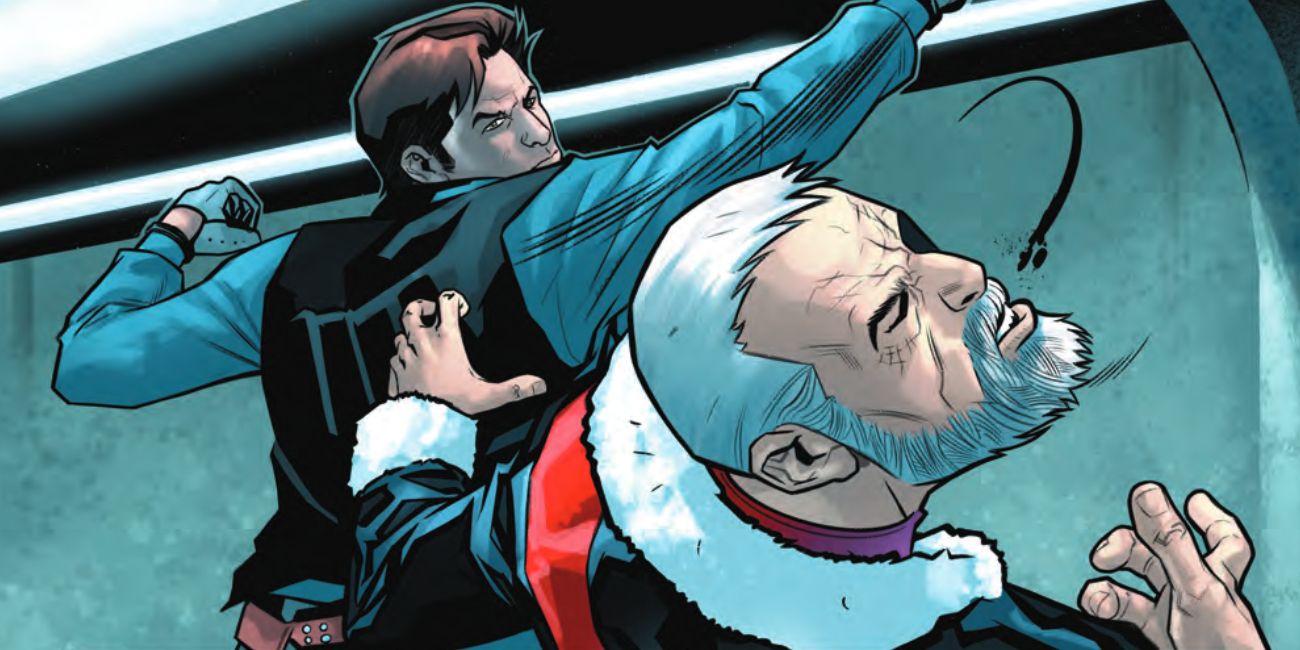 The second issue of Star Wars: Han Solo and Chewbacca He sees Han Solo facing what appears to be his long-lost father – although not an entirely happy reunion.

Set to hit comics stores this Wednesday, May 18, Han Solo and Chewbacca #2 comes from writer Mark Guggenheim, sketch pen/ink David Messina, illustrator Alex Sinclair and craftsman Joe Caramanja. In an official preview provided by Marvel Comics, Han recalls a moment he shared with his father, a shipbuilder, on his home planet in Corellia. Go back to the present, where Han punches a man – ostensibly his father, Ovan – right in the face.

Until now, Han Solo’s father was a figure shrouded in mystery. Han (played by Alden Ehrenreich) mentioned his father in the 2018 movie Solo: A Star Wars Story, explaining that he was a shipbuilder in Corellia, although he admitted he was not quite close to him. Extended Novel single He explained it in detail, explaining that Han’s father had abandoned him at a young age. This seems to contradict the canonical reference book Ultimate Star Wars, Which means Han was an orphan because his father died. at Star Wars LegendsHan’s father is named Jonach Solo, although this character appears to have been removed from the canon entirely.

Marvel Han Solo and Chewbacca #1, released back in March, changed everything. In this issue, Han stops for a drink while returning to Corellia as part of a heist with Greedo, sitting next to an older man. Han began to discuss his father, revealing his name to Lufan. Then the old man, claiming that he was indeed Ofan, turned to Han and hugged him.

However, it remains to be seen if this guy really is he is Offan. Han certainly does not seem convinced. Hence, the correct hook means. The future rebel general also sarcastically refers to the man as “Dad”, thinking that the whole thing is some kind of deception. After all, “Ovan” seemed to look a lot different than when Han last saw him. However, the guy attributes this to the years of “not being kind” to him, and shipbuilding being a “dangerous” profession. However, it appears that “Ovan” has been stuck for some time, as the character appears alongside Han and Chewie on the June cover. Han Solo and Chewbacca #3.

Written by Mark Guggenheim, illustrated by David Messina, colored by Alex Sinclair and written by Joe Caramanja of VC, Star Wars: Han Solo and Chewbacca #2 On sale May 18th from Marvel Comics.