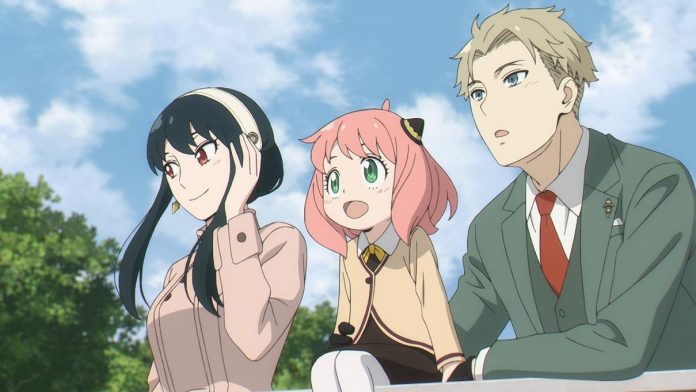 The wonderful family consists of the greatest spy dad, a murderous killer mom, and a mental kid. Let’s take a look at the Spy x Family episode schedule for next month. Spy x Family is an anime that introduces us to a strange family, as mentioned earlier. This anime was the most anticipated anime of the Spring Quarter releases and is now one of the most watched anime. With the five-episode released, the anime has managed to gain a lot of fans who not only enjoy the story.

In fact, this story gives us many lovable characters that fans have added to their favorite character list. As new episodes continue to be released, we’re letting in more of the characters’ secrets. Not only that, but we are also able to watch their relationship grow. Since this anime is something that fans have been eagerly anticipating, this article contains all the information you need to know about the SpyxFamily episode schedule.

Spy x Family is an anime jointly produced by CloverWorks and Wit Studio. It is based on a manga written and illustrated by Tatsuya Endo.

When there are threats of war between Westalis and Ostania, Westalis’ peace-loving agent, Twilight, steps in to carry out a mission to prevent any bloodshed. His mission is to spy on Donovan Desmond, an Ostenian politician. Being the greatest spy in his country, he decided to meticulously carry out his mission. The only way he could do this was to infiltrate the politician’s son’s school by posing as the father of a child from the school. That’s when he comes up with a family adoption plan.

He takes the alias of psychiatrist Lloyd Forger, and adopts a girl named Anya. Yor Briar plays the role of mother in the family when the time comes. With this Lloyd can do his job discreetly, or so he thinks. What he doesn’t know is that he’s not the only one in the Forger family with a false identity. Yor is a killer named Thorn Princess, while Anya is a mind reader. This begins the life of the new Forger family.

Fortunately, Spy x Family will contain 25 episodes. These 25 episodes will be split into two parts, with 12 episodes airing in the first half and the remaining 13 episodes in the second half. Mentioned below is the Spy x Family episode schedule for the first 12 episodes. The first episode of the anime was released on April 9, 2022. It was followed by the second, third, and fourth episodes, which were released on April 16, 23, and 30, respectively. On May 7, Spy x Family released the fifth episode. The latest episode of the anime, Episode 6, came out on May 14, 2022. The expected schedule for the rest of the episodes is:

When can we expect the other 13 episodes?

The first part of Spy x Family is definitely not going to end soon as there are still quite a few unreleased episodes yet. However, when it ends, fans are expecting the second part. Knowing the world of anime, the first part is bound to end with an interesting tangle. This is sad, in my opinion, as we anime viewers have to wait for other series like Attack on Titan and Black Clover to come back. Fortunately, Spy x Family fans don’t have to wait for long!

According to the release schedule of Spy x Family’s Blu-Ray and DVD sets, the anime may premiere later this year. This makes Spy x Family Part 2 part of the fall quarter in the anime releases. Since the autumnal quarter began in October, fans have to wait a few more months. Until then, they can enjoy and cherish the upcoming episodes after the aforementioned Spy x Family episode schedule.

Where can I watch Spy x Family episodes?

You can watch Spy x Family on online streaming platforms like Netflix and Crunchyroll. Episodes are updated every Saturday at 23:00 (Japan time).