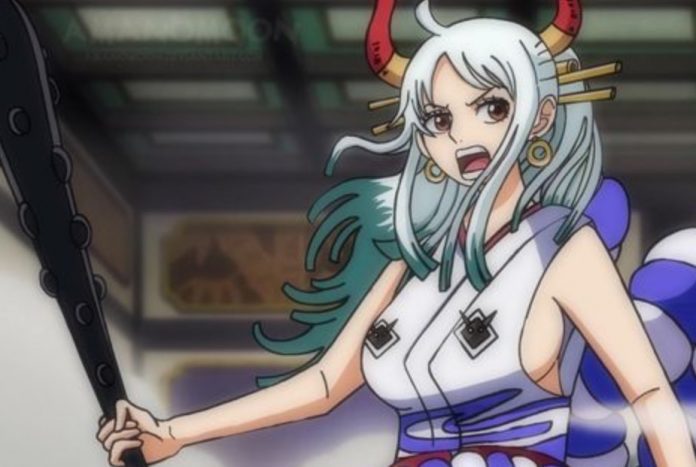 Yamato is known as the son of Kaido in both the manga and the anime. But she is a woman, and most people don’t realize it until Luffy and the other pirates reach Wano and meet her. Yamato’s dream was to meet Luffy because she had heard a lot about Luffy from Kaido. Yamato is also an oni princess, and her father Kaido is the Emperor of the Sea. We didn’t see Yamato on many occasions until the Battle of Wano Ark began. She dreamed of becoming like Oden Kozuki to change Wano’s fate. Having such grandiose ambitions makes us wonder how old Yamato is.

Yamato always tried to escape from Wano and explore the sea, but she knew that death was one step away from Wano. Her father, Kaido, tied her up with prismatic stone chains that could explode if she came out of Wano. Yamato had no choice but to stay in Wano and wait for Luffy. She also had a great time with Ace after the two had a fierce battle. This helped her learn that there is a better life in the seas. Yamato has struggled with childhood since learning that her father didn’t do the right thing.

The fight with her father made her stronger, but she continued to lose since her father was stronger. Yamato never gave up because she knew she would be free and chase after her dreamlike Oden one day. After meeting Ace, four passes, and she hears about Luffy’s arrival at Wano. She was delighted to hear this news and wanted to meet Luffy. During the current battle in Wano, Luffy met Yamato wearing a face mask. Luffy wondered if she was an enemy, but they managed to get into the room where Yamato explained everything.

How old is Yamato?

Most of us are unaware of Yamato’s age because she did not participate in many battles in One Piece. Yamato begins to appear in the last battle, and most of her past is revealed. Yamato is a 28-year-old woman with long white hair. She likes to dress like her idol Kozuki Oden. Her age was revealed when the Wano arc began.

She also uses the same weapon as her father and has amazing powers, but it is not enough to eliminate her father. It will soon be revealed why Kaido and other vassals of Yamato are addressed as Kaido’s son even though she is a woman. Oden’s death played an important role in Yamato’s life. I watched Oden dying to save the acacias.

Yamato could not face her father, but she watched her idol sacrifice himself to save his crew and believed that Wano would be a free country in the future. She despises her father for his abusive behavior and how he mistreats others. After betraying Orochi, Yamato knew Kaido would never listen to what she wanted, but agreed to become the new shogun. She did not forget her memories with Ace.

Yamato and Ace meet four years before Luffy arrives in Wano. The two became best friends after a fierce battle. Ace’s goal was to bring down Kaido, but he saved everyone because Kaido wasn’t around. The two drank together, and Ace gave her hope that one day she would be free. Ace also told her about his journey with Luffy and his travels as a pirate.

Yamato was happy to learn everything and waited for Luffy to arrive. This was one of the best moments in Yamato’s life until Luffy arrived after waiting for many years. She also met Momonosuke and Shinobu and revealed that she is Kozuki Oden.

Momonosuke was carried away and thought Yamato might be Oden. But Shinobu was frightened after Yamatio revealed that she was Kaido’s son. But when everything was erased, Yamato rescued them from the Kaido pirates. She also wants to be a part of Luffy’s crew after he frees her from chains. She is helping the Straw Hats in the current battle in Wano.

Also Read: In which episode does Luffy reach Marineford to save Ace?