Who is strong? Aokiji vs Kizaru, just if we look at what happened in One Piece we find that Aokiji and Akainu were the two who’s fighting about the position of fleet commander. So we notice that Akainu and Aokiji are strong than Kizaru. But … let us know.

Who’d win in your opinion? The coldest man in the world Aokiji or the yellow monkey Kizaru.

Devil fruit type Logia which is ice. Perfects hardening Haki because as we know you can’t affect on Logia fruit without hardening Haki, Also perfects prediction Haki but for royal haki that was not stated but the probability of having royal haki is 90%

Devil fruit type Logia which is light fruit. Perfects hardening Haki the proof is when he got Marco when he is in the air, for prediction Haki the same with Aokiji but for royal Haki also was not stated but the probability of having royal Haki is 70%

He has strong Logia fruit gives him the ability to freeze anything and he can do that in a large space so that he interprets how he is moving on his Bicycle in the sea.

Also he has high ability to bear when he holds up with Akainu for 10 days.

Kizaru the fastest character in One Piece why not and he has light fruit that gives him the ability to move fast as light speed, and we all know that light is the fastest thing in the world.

Also, his kicks as light speed as we remember his words with Basil Hawkins when he said “have you ever took a kick fast as light?”

He gets to Admiral rank which is a strong grade that soldiers can get to after fleet commander.

His nomination by Singoku between all those admirals to fleet commander rank.

The same thing, he gets to Admiral rank which is a strong grade that soldiers can get to after fleet commander.

As well as he considered as the right hand of fleet commander Akainu. 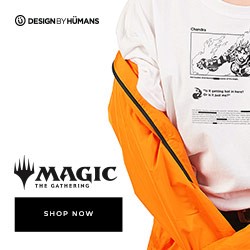 The legendary battle between Aokiji and Akainu which continued for 10 days just imagine holding up 10 days in front of Akainu and come out alive that shows you how much Aokiji is strong.

his fight with Jozu in the Marineford war ended up by cutting Juzo’s arm, also his attack on Whitebeard, he was so close freezing his arm but Juzo saved him. Also his fight with Ace.

The first Battle was with Zypher in the movie One Piece Z, then Kizaru was the winner relatively when the battle ended in a powerful explosion by Zypher.

Another fight with the king of darkness Raily ended with a draw between them.

In the Marine ford war, he defeated Marco also he stopped the Whitebeard strike when he wanted to save Ace.

His first move in the war when he freezes Tsunami which made by the power of Whitebeard.

The second one was when he attacked Whitebeard and he takes a hit in his body with hardening Haki but Aokiji already thought about his attack.

Also when he saved Doflamingo in Punk Hazard so Doflamingo withdrew, so this shows you how strong he is, Doflamingo didn’t even think about fighting him. We know Dofi is not that character withdraw fast everyone comes in front of him he would kill him, he even challenged Admiral Fujitora but Aokiji, it’s better to go back.

Kizaru actually played football using supernova, even the worst generation couldn’t do anything even straw hat crew couldn’t win, in fact, he was so close to killing Zoro but Raily was the saver.

Also when he wanted to go to Wano, and he knows that there is 2 Yonko Big Mom and Kaidu.

Both sides if we look we can see that both are similar to each other, they have strong Logia fruits, Features the same thing, positions also the same so it’s hard to decide. Looking at battles both fight Admirals, Aoikiji vs Akainu, and Kizaru vs Zypher.

So I would say that Aokiji vs Kizaru, Kizaru is the strongest because Aokiji lose his leg and he has burned in his body also his arm, so having burned in your arm that you are fighting with and having 1 leg there’s no way to be strong than Admiral similar to you in everything, but I could say if Aokiji still good without any damage he would be the winner.

So the same with Shanks when he loses his arm, anyway, Kizaru is strong don’t fool of his indifference and not being serious.

As a result of this confrontation Aokiji vs Kizaru, of course, Kizaru is the winner. The difference between them is not too much Aokiji is strong he would be the winner before the 2 years but because he is damaged there is no way for him to win. You can leave your opinion in a comment who is strong?

Any cookies that may not be particularly necessary for the website to function and is used specifically to collect user personal data via analytics, ads, other embedded contents are termed as non-necessary cookies. It is mandatory to procure user consent prior to running these cookies on your website.