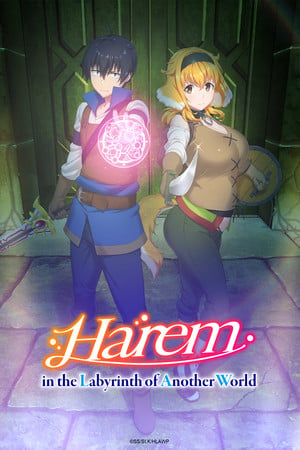 The official Twitter account for the TV anime of Shashi Sugano‘s The harem in the labyrinth of another world (Isekai Meikyū de Harem oThe manga revealed the opening of its opening and final theme songs on Wednesday. Shiori Mikami, who plays Roxanne in the series, will perform the opening song “Oath”. The final song will be titled “Shinshi no Torihiki 60-Man Naal” (Gentleman’s Deal 600,000 Naal), and the cast will reveal the performer at a later time.

High school student Michio Kaga, struggling for life and society, wanders off the internet and lands on a strange website. The website, which has a number of questions and a system based on points, allows the person to create the skills and abilities of the character. Upon completing his character, Kaga is transported into a game-like fantasy world and reborn as a strong man who can claim girls from the idol level. Thus begins the legend of cheating and the harem of a born-again man!

Sugano called the series Shōsetsuka ni Narō website 2011, and concluded in November 2019, with a finale in March 2020. Shufunotomo Co., Ltd. Published the first volume printed with illustrations by Shikidoji (Full metal panic!) In 2012. Shufunotomo The twelfth volume was released on January 31.