The first side story of “Shinkon-hen: Sakurairo no Renga” appeared in December, and was compiled into the seventeenth volume. 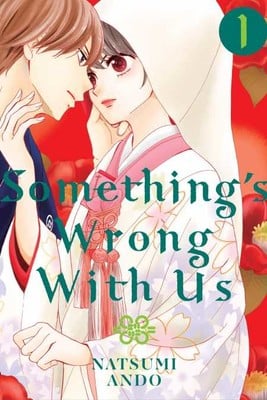 The seventeenth volume of the book Natsume Ando‘s Something is wrong with us (Watachi-Tachi and Doka ShiteiroThe manga revealed on May 13 that the manga will have a second side story that will launch in the August issue of Kodansha‘s be loving Journal on July 1st.

While the main body of the manga ended with volume sixteen, volume seventeen contains the manga’s first side story titled “Shinkon-hen: Sakurairo no Renga” (New Arc: Cherry Blossom-Colored Poem). The side story first appeared in be loving In December 2021. Kodansha cartoons is release Something is wrong with us In English, he describes the story:

Following in her mother’s footsteps, Nao became a traditional Japanese confectioner, and at the age of 21, she was about to take the industry by storm. With unparalleled artistry and a bright attitude, you get an offer to work in a world-class confectionery company. But when she meets the handsome young owner, she recognizes his cold gaze… She is none other than Tsubaki, her childhood friend and first crush – the same boy who stood over his father’s bloodied corpse 15 years ago, and took Nao’s mother in the frame of the murder. . As the only witness on that fateful night, Nao was eager to pursue the truth and confirm her suspicions. Since Tsubaki has no idea who she is, she takes her opportunity to get close to him, but instead of finding any answers, she begins to dig deeper into Tsubaki’s allure.

Ando launched the manga in Kodansha‘s be loving magazine in December 2016, and the series ended in July 2021. Kodansha It published the sixteenth and final volume of the main manga story in September 2021. The manga inspired a live TV series that premiered in July 2020.

source: Something is wrong with us Volume 17